We had a very nice three day holiday weekend despite Arielle's 48 hour stomach bug. The night before the 4th of July Zak and I got about 3 hours of sleep because Arielle was running a fever of 102-103 most of the night. The next day she was feeling better but the weather wasn't very cooperative. The temperature ended up dipping to 55 degrees and it was raining and quite windy so we ended up watching the fireworks from our house just like we did last year. Fortunately we have a view of at least five firework displays and a lot of neighbors that like to light their own {extremely big and loud} fireworks. The next day Arielle was back to her old {fiesty} self so we ventured out to Heritage Square, a small amusement park in Golden, Colorado that is home to the largest Alpine Slide in our state. Arielle rode many rides including the Tilt-a-Whirl and Scrambler for the first time ever. The Tilt-a-Whirl was by far her favorite and she made Zak go on it two times in a row which did him in! Averi and I spent a lot of time sitting around in the shade because spinny rides make me sick. She was so good all day until the car ride home when she cried the whole way because I didn't bring her afternoon bottle with us. Averi has gotten so interactive and she babbles just as much as her sister, if not more! She laughs and smiles a LOT too. Lately she has started crying when someone holds her if I am in the same room. My mom says I was the same exact way...there is no mistaken that she is my baby from her looks to her personality.

Here are some of my favorite pics from our outing: 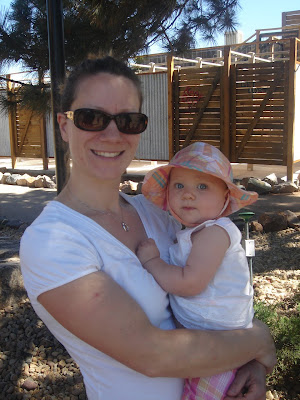 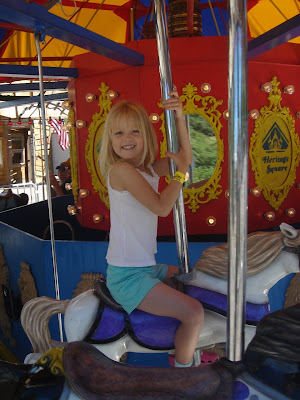 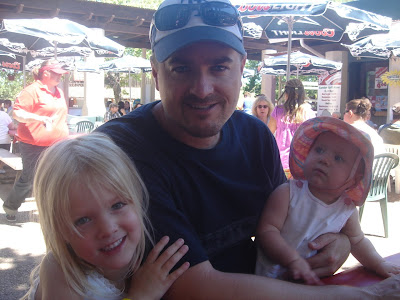 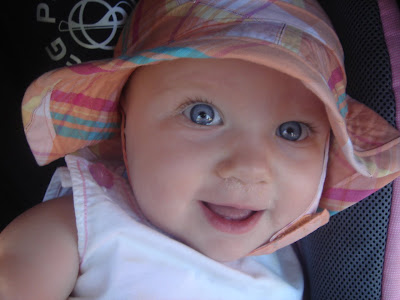