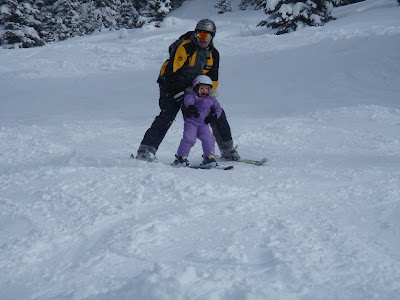 Today we hit the slopes for only the second time this year and wouldn't you know it, I forgot my camera again. Arielle did so well today on the magic carpet and the bunny slope! She was able to hold herself up much better and move around on the skis to get around by herself compared to last time. She did get tired out very quickly and she sure worked up an appetite too. I can't believe how much food she ate during our break and when we were finished! Another family was eating their pbj sandwiches and Arielle asked us if she could have one to which we replied, "you already ate the one we brought for you." They must have felt bad because they told her she could have their extra one.
This is the second year that we have actually put her on skis and taken her to the slopes but it still seems like the day that she will actually be able to ski down the mountain by herself is so far away. I am not a bit too anxious for that day to arrive so that is fine by me. I am a very cautious skiier and always have been but sometimes I worry about other people and how reckless they can be and that scares me. But then again, what doesn't scare me when it comes to the safety of my girl? 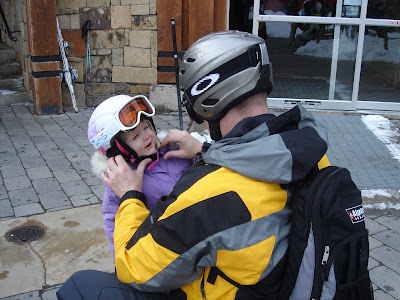 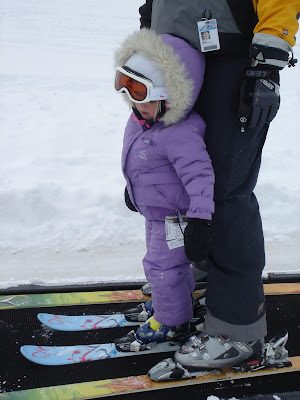 *Pictures are from Arielle's first ski lesson of last year.
~Momma to Bug~
Posted by Desiree at 1:29 PM

It must be easier to learn to ski when you are small and already closer to the ground! I wish I had learned to ski at that age...now at 32 I am terrified and much prefer the lodge to the slopes. :)
Carrie

We are yet to get any skiing in, although when I say we, I mean the boys! I am clumsy and haven't skied in years.

Thanks for stopping by and giving me the link to your daughter's bedroom. It turned out beautifully!