All about the drama! 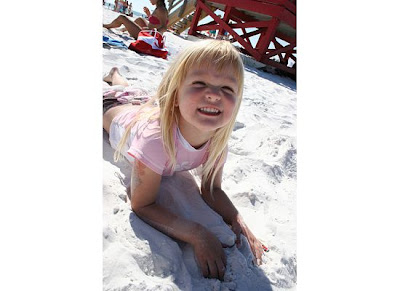 DrAmA. This pretty much describes our lives over the past week or so. Arielle is no exception. Lately she has started to act so much like a GirL with hormones and all! For example, last night (and every night before that) she was playing with the Monster that we call Lexi while we were eating dinner. Now I have told her over and over again not to do this because it just makes Lexi beg us for food more and more. The ironic thing about this is that she hardly ever pays attention to Lexi except when we are eating! Go figure. So after repeated attempts to get her not to touch or speak to Lexi while we were eating I finally had enough and I said something very bluntly and loudly along the lines of "Arielle, just IGNORE her and she will go away!"

What did she do next? She got silent the looked at me with a very dramatic pouty face and I could see the tears welling up in her eyes. It took about a minute before she started sobbing, then she pushed her dinner plate out of the way so she could put her head down on the table and weep. I KNOW that most of this was for attention's sake but I could tell that some of it was just pure hormones boiling up inside. Poor girl. She just needed to cry and this was the best excuse she had all day.
Just wait until you see what caused her hormones to get the best out of her this morning.
To be continued...
~Momma to Bug~
Posted by Desiree at 1:51 PM