Here are the first pictures of Averi Jaye.

We had the 3D ultrasound yesterday and I was very happy to confirm that she is a girl! My first reaction was that she doesn't look anything like Arielle did in her ultrasound pictures nor did she act anything like Arielle while they were performing the ultrasound. Averi was comparably still the whole time and only yawned once, which we didn't even see. In fact, she spent most of the time snuggled up against the placenta which didn't make for very good viewing. Arielle yawned several times throughout her entire ultrasound and moved her arms and hands over her face a lot at times appearing to be blocking us from her. I already have a hunch that these girls are going to be complete opposites in looks and personality! Averi appears to have a bigger forehead and smaller chin than Arielle. Her nose is also quite different {Zak thinks Averi's nose looks like mine}. 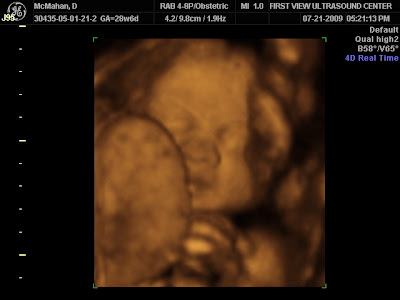 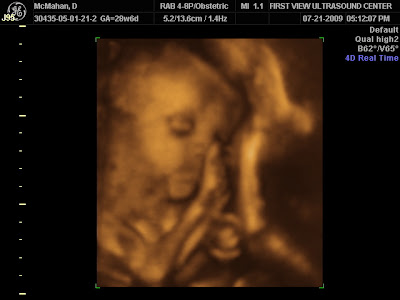 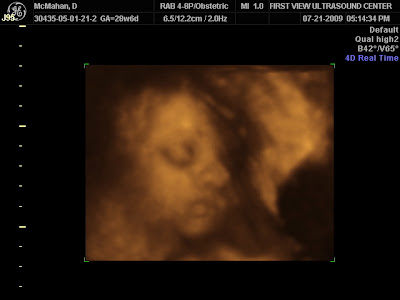 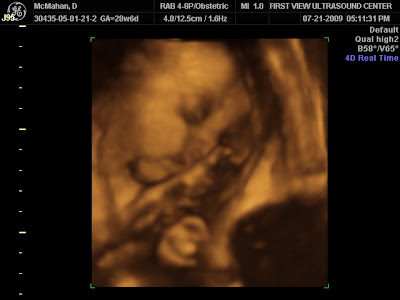 We can't wait to meet our new little princess!

Wow, thanks for sharing. Those ultra sounds are amazing! I can't wait to meet her either! :)
And chances are they will be quite opposite, at least personality wise. Supposedly you don't get two the same.

I love the 3D ultrasounds. I wish we had done with Josiah. We were lucky get about 5 or 6 regulars one though. I can't wait to meet Miss Averi!

Those 3D ultrasounds are amazing! I didn't have one with either of my kids because I was afraid we would see the gender by accident and we wanted to be surprised. But they are so cool!
Carrie

These photos are amazing and super cute!!! i wish we could get a 3D ultrasounds for our little guy!
Following you now :)
btw, you are gorgeous!