I always love our annual visits to the Pumpkin Patch because of all the great photo opportunities!  The weather was great (it's been unusually warm this Fall) but the wind started to pick up so I pulled the shade down on Averi's stroller.  A few minutes later I looked down to check on her and realized that she was peering out from under the shade with her head sideways...it was so funny so of course we snapped a picture! 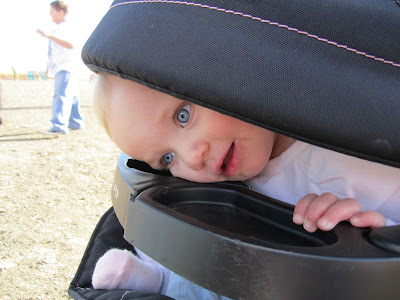 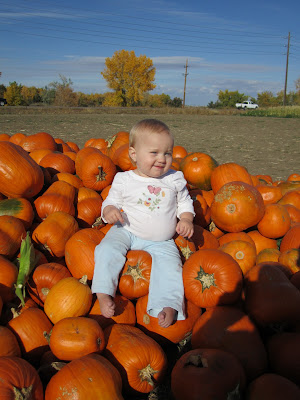 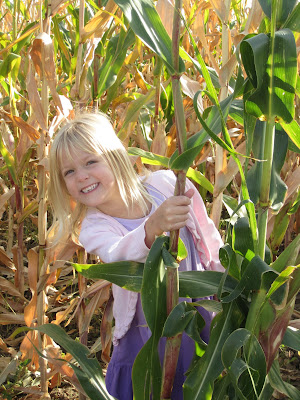 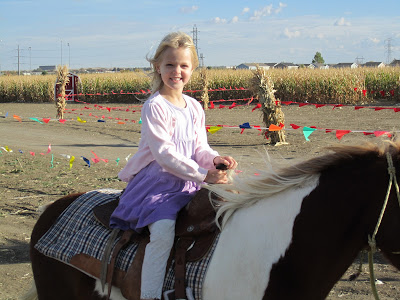 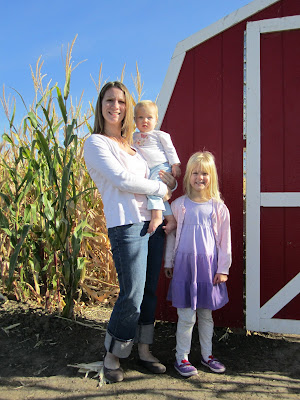 We created a Frankenstein jack-o-lantern which turned out pretty cute for being designed by a five year old!  Arielle actually helped me clean the pumpkin guts out this year...with a spoon {she and Zak think the guts are the most disgusting thing ever!}. 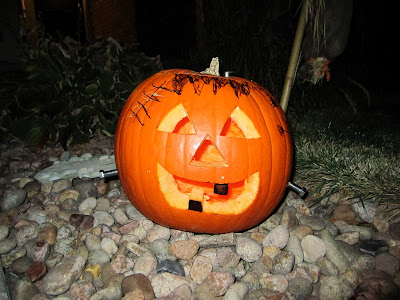 This year Arielle dressed up as a "Pink Pirate" and she was very excited to wear real makeup (eyeshadow and blush).  This was the first year that Averi dressed up and she was the most adorable ladybug ever!  Except she hated wearing the hat so that only lasted for the five minutes that we tried to get a "good" picture of her wearing it. 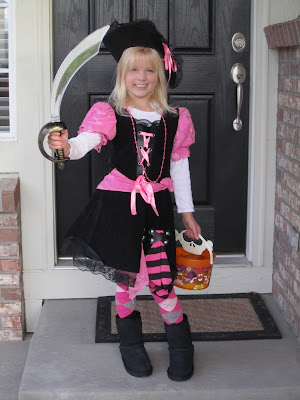 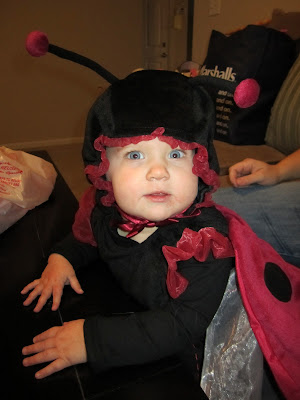 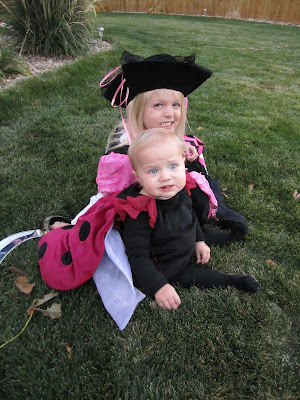 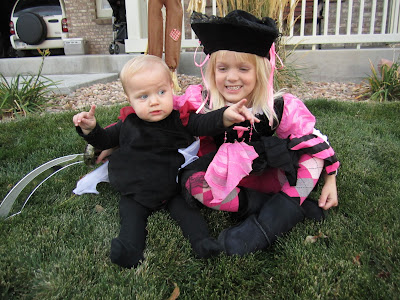 We went trick-or-treating with Arielle's BFF from school.  Averi went too and she enjoyed every minute of it.  She kept pointing to the houses and babbling from her stroller.  I think she had just as much fun as the older kids :-)  Arielle decided that each house with their porch lights on was "in business" so she kept telling her friend, "It looks like this one's in business!"  Zak finally told her that it is actually "open for business" but it was really funny while it lasted.

They are both so cute and girly!