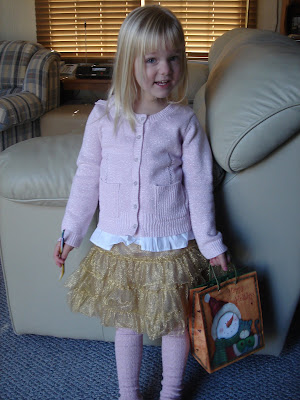 I am tHaNkFuL that we safely drove nearly 2,000 miles last week and it was rather uneventful! The first part of the trip, we decided to leave in the afternoon so that Arielle could {not that I really thought she would} "sleep through the night." We made our first and ONLY stop to eat dinner after being in the car for nearly six hours. Arielle fell asleep after watching her fourth movie of the day. That was around nine o'clock. At 2 o'clock in the morning, we had to stop for gas and Arielle woke up. She didn't go back to sleep. We made it to our desitnation, Cape Girardeau, MiSSoUrI at about 4:30 am. At least Daddy was able to get her to go to bed for another five hours that morning. 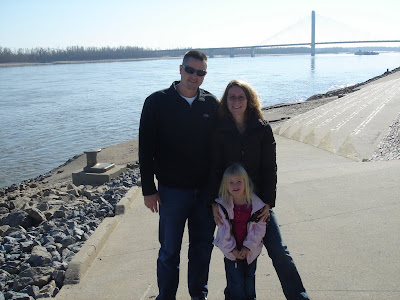 Thanksgiving was wonderful! It was so nice to spend more time with Gaby and meet all of our relatives from her side of the family. Arielle and her cousins got along so well and they played from sun up until sun down. Arielle took an extreme liking to her older cousin, Josh. She followed him around all day long and didn't let him out of her sight. He read her stories, protected her from flying dodge balls, pushed her in the "wagon roller coaster", coached her through her first game of kickball and made sure she found good hiding places for several games of hide and seek. It was truly amazing to see how kind and well mannered other children can be. This trip definitely proved that Arielle is NOT shy and she LOVES attention from grown ups and kids! 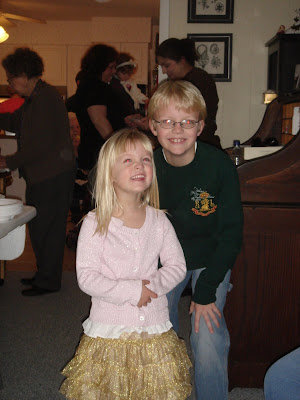 The best part about the trip was that Arielle and I got to meet GrAnDmOtHeR. Grandmother is 93 years old and is the only living Great Grandmother that Arielle has. I couldn't help but tearing up as we walked into her room at the Lutheran Home and I saw her reaction to meeting us and seeing Gaby, her youngest daughter. Grandmother asked if she had died and gone to heaven. Arielle asked to sit next to her at the table on Thanksgiving. She had a great time chatting with Grandmother and all the other kids at the table. It was a nice sight to see! 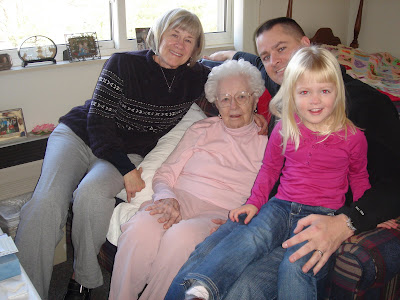 We set out for our journey home on Saturday morning. This time we made several stops along the way and I think Arielle set a new record for number of movies watched in one day (I lost count after four). In addition to movie watching, we colored several pictures and she did lots of playing with her little toys that she brought. She needed something to occupy her time because wouldn't you know it, that kid did not get one wink of sleep during that entire car ride. FoUrTeeN hOuRs and not even a doze or a nod out of her but like I said, it was pretty uneventful which is a good thing. Arielle kept saying, "This is a really long drive, huh?" It was a loooooong drive but well worth it. 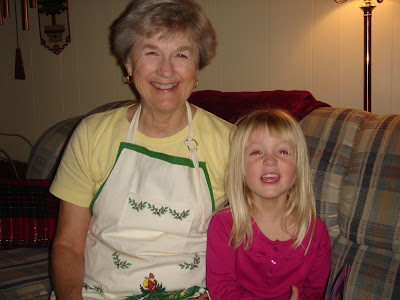 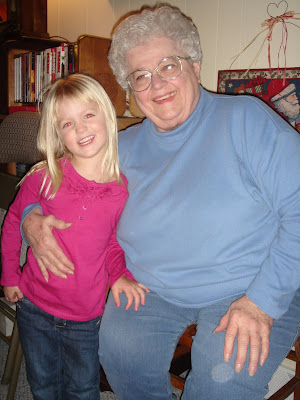 I had no idea you guys went to Missouri. Glad to hear you had a great time! Welcome back!

I'm really glad to hear you had a safe trip!! It is great that you took that trip so that Arielle could meet some of her extended family. Imani has cousins in NY that she gets a long with perfectly and I wish we were closer!