The Very Hungry Caterpiller, as written and illustrated by Arielle

On the way home from picking the girls up yesterday Arielle told me she was going to make a book. She said, "It begans with a T and ends with an R." It's called "The Very Hungry Caterpiller." The second that we got home she sat right down at the kitchen table and began making it. First she cut out the pages from a notebook and asked if anyone had a stapler. Then she made a title page naming herself as the Author and Illustrator. She knew both of these words go on the title page of a book {I had to help her spell them} but she had to ask the meaning of the word Illustrator. She remembered how to spell the word Catepiller all by herself. I helped her along with spelling on a few of the words but she did a pretty good job guessing at some of them herself. My favorite part of the story is on page six....see if you can figure out why! 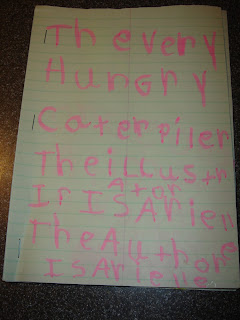 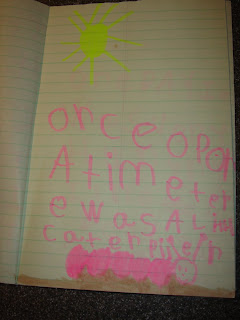 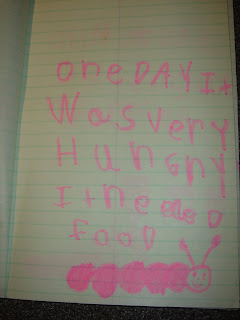 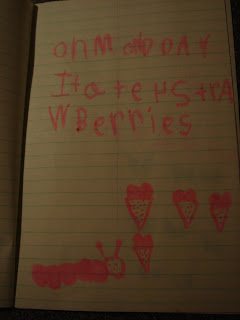 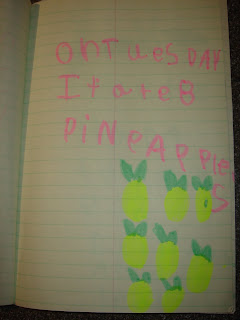 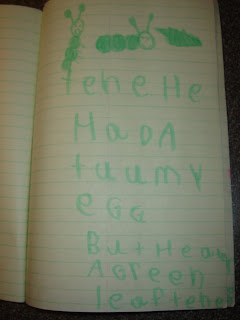 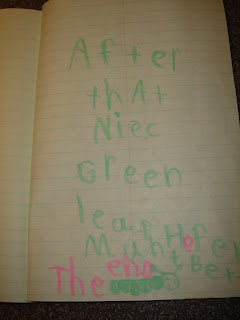 I hope you enjoyed my four year old's version of Eric Carle's book, "The Very Hungry Caterpiller"
~Momma to Bug~
Posted by Desiree at 9:17 AM

that is awesome! i bet you are so proud of her....

That's so cute! Good job Arielle! I love that story too. Do you guys have other Eric Carle books? They have them at Kohls sometimes for $5