IF ANYBODY READS THIS POST, it would be fun to copy the title and post it on your blog so we can find out where you were on 9/11... 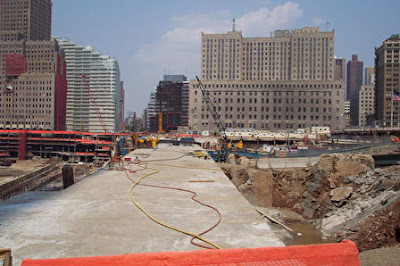 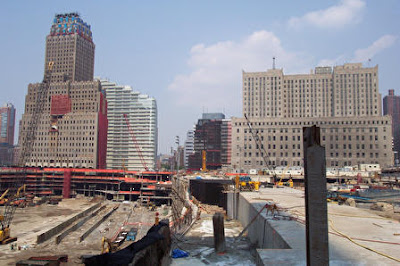 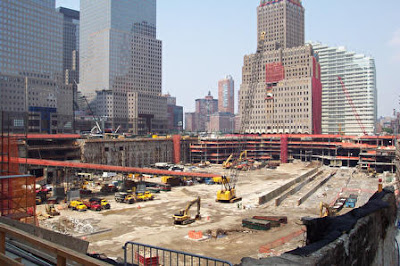 I was living in my first home purchase (an 850 sq ft condo in Denver). I don't exactly remember but I think my roommate of six months had just moved out and my parents lived four hours away on the western slope, so I was {FELT} alone in the world. I was getting ready for work when one of my co-workers called me to see if I had heard the news. I never watch tv in the morning or listen to the radio so I had no knowledge of what was happening and wouldn't have known until I got in my car if he hadn't called me. That is when I turned the tv on and heard the reports and saw the first tower smoking and debris falling. I had tuned in before the second plane hit so it was even more of a shock to see that happen after soaking in the first plane hit. Then on top of that watching the towers collapse was like watching a movie...of course I couldn't believe what was happening. I picked up the phone and called my mom and we just sat there in silence at disbelief of the events on 9/11. I ended up having to go into work a couple hours later but needless to say we did not get much work done on that day.

Despite not being personally affected by 9/11 {THANK GOODNESS} there was the fact that less than 2 weeks later, I flew to Philadelphia to visit my best friend. The biggest highlight of the visit is the fact that it was to be my FIRST trip ever to New York City! This means that I never got to see the towers standing but I did get to see their remains and the remarkable clean-up that had already occured in just a handful of days. I was very scared to board that plane on 9/20 and I remember it very clearly. There couldn't have been more than a dozen people including the stewards and there was complete silence for much of the flight. I consider myself to be very brave for flying that soon after 9/11 despite many rumors of more terrorism to come. 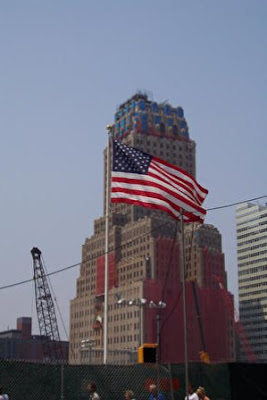 I always think of what I would have done if 9/11 had occurred after my daughter was born. I know I would have held her so tight in my arms and thanked God for her safety. My heart still breaks for the friends and family of those that were lost on 9/11. I wish there was more I could do to show my pride for the USA and the HEROS (fallen and living) that made 9/11 just a little less worse than it was. 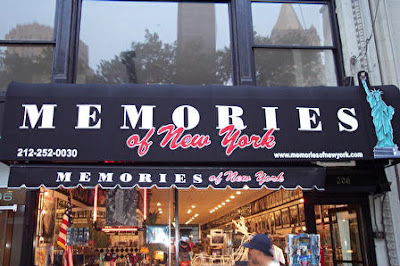 The photos that I am posting were taken by me on my second trip back to NYC in the following year. There was still so much clean up going on at the site of 9/11 otherwise known as "GROUND ZERO".

good post, des! i was watching the today show when the 2nd plane hit and at work when the 1st tower collapsed. shortly thereafter we went home and didn't leave the tv all day. the thing i remember the most about 9/11 was the people jumping from windows in the tower. they looked like pieces of paper at first and then i realized in horror what was happening. i will never get that vision out of my head. i can't imagine how desperate they must have felt.

it's a horrible memory, so graphic that it almost seems like a movie now, so unreal almost sigh, I was at home with my little miss, who was 2 then, we were just about to go on the school run, we watched it all on the tv, so so awful

Thanks for stopping by my blog:) Your daughter is just too cute!