On the way home from school today Arielle told me about the bible story that they read. It went something like this...God's eyes were blind so he couldn't see but he took the blind out so he could see again and there was a mermaid sleeping in the bed. Short but sweet. I have not idea what this story actually translates into probably mostly because I've never read the bible but also because parts of it may have been left out and/or blurred by Arielle's sweet little imagination.

Zak took some pictures of Arielle at her gymnastics class so I thought I would share them. She is enjoying gymnastics very much. Enough so that last night she showed me her forward roll and backwards roll...both of which were exactly the same but she had her legs just as straight as can be and her toes pointed perfectly! 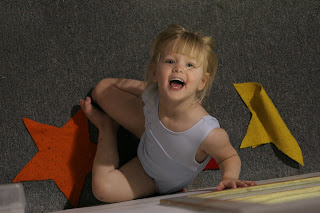 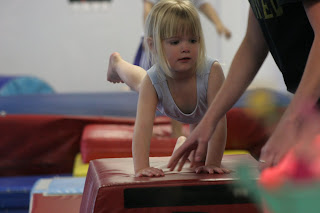 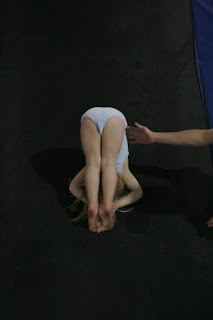 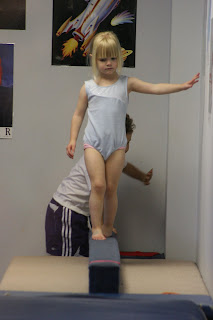